Show vs Tell Blogfest... before the Rose Emperor

I only heard about this blogfest when I saw Roland's entry go up early, so my own entry is a little haphazard.... but you see, one of the pictures just sort of matched a plot bunny that's been haunting me so here I go.

This Blogfest is about Showing vs Telling, and is brought to us by the wonderful Misty @ Writer's Block - oh wait! I mean blog...


I looked down at Thane, not quite believing the guilt I saw in his eyes. That bastard, he'd betrayed me. So much for the bond he'd sworn. I glanced down at him and had to struggle not to spit right in his oh so pretty face. The last thing we needed was th eRose Emperor laughing at us.


Cold seeped into my knees from the icy white marble. I turned my face to her, my consort. It was as cold as the stone beneath me. The way she stood she was framed by the flowing blood-red robes of the Emperor's personal guard. Just behind her shoulder, the guard captain's smirk contrasted perfectly with the angry V between her eyes. There was no sound to echo against the walls of the vast throne room, no rustle of cloth, no spoken word. I wanted to break the silence, to take that frown from her face. One word would not do it, though, and all I could do was lift my hand towards her, hope no doubt in my eyes.

There, that's it. Short, I know, but it's a last minute entry and I'm really struggling with the writing at the moment. I have lots of ideas in my head, whole scenes, but then I sit down and the words just won't come.

Wish me luck, maybe it'll go better tomorrow. And now tell me what you think of this and then off with you to read the other entries (HERE).

So, I was on this website checking out what's playing at the movies next week, and look what I stumbled across....

OMG!!!! This looks like EXACTLY my kind of movie!!!

Other movies I want to see...

So, any movie you can't wait to see? I realize you might have seen some of these already, what with me being in Europe and many of you in the US of A. What are you looking forward to?

I'm one of those people who have a seriously schizophrenic love-hate relationship with blank pages (or new notebooks, or pages/word files). There's nothing quite like that smooth crispness of the new, virgin field to sow your inky seeds upon, to spread and populate and live lives of their own.

And yet.... only too easy for those little bits of ink to get away from you. Blots appear, words get smeared and then - OMFG - the ink runs out. Everything goes blank.

Where's that Muse when you need him?

So I'm here stuck with a blank page, a head full of ideas and a mish-mash of characters screaming at me or just sulking in the corners of my mind, with no clue where to start.  Sometimes I wish I could paint, or even draw a reasonably life-like stick figure, so I could get on paper exactly what my ideas look like. My father can do that. My sister, too. (paint, that is, not draw life-like stick figures though I'm sure they can do that, too)

Instead, I get to paint with words.

Only sometimes the paint dries out, or the paper isn't quite what I'm looking for that day. Maybe I'd do better with yellow paper, or white, or lined, squared, plain, whatever colour/texture/type I happen to NOT have at hand.

You know what that's called? Let me spell it for you.

I'm really good at that.

If I were a psychologist, I'd probably tell myself I have a deeply rooted fear of failure. So in order not to fail at something (or rather not do as well as I'd like), I don't do it. I sabotage myself by giving in to the BPP (Blank Page Phenomenon, do keep up).

This year, my resolution is to STOP WASTING TIME and FINISH WHAT I START.

There, I've said it. You're all my witnesses.

What about you? Do you suffer from BPP? What stops you from being the writer you know you are? Any coping mechanisms you've developed?

Reading The Classics in 2011

Having signed up for oh-so-many reading challenges this year, I've decided to add my very own to the list. For Christmas, my mom gave me some beautifully bound Penguin Classics, each with an individual cover design. Here's some of them (EDIT: I changed the picture to one of all of them from the Penguin website, because they're so pretty):

If you have trouble signing up, let me know.

Here's a provisional list of what I want to read:

If you need inspiration for what books are "classic", just type "Penguin Classics" into amazon's search box. That'll give you a long list of classic books.
Written by Unknown at 18:07 16 comments: Links to this post

I'm a big fan of the Book Chick City website. They do the greatest Reading Challenges (some of which I spectacularly failed last year). Case to point.... BCC is hosting an Anne Rice's Vampire Chronicles Reading Challenge this year!!!

I've added it to my "Reading Challenges in 2011" page above if you want to check my progress. I have, in fact, read most of them before (in my teenage years) but from what I remember they are well worth the re-read.

When I last did a post on the reading challenges I've signed up for in 2011, I asked for info on other challenges people had come across. Here's a couple I found on Stephanie M. Lorée's site that I've decided to add to my list: 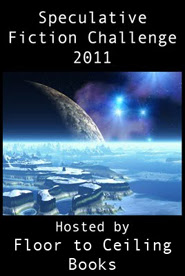 So there, I'm done challenging.

Oh wait! Fitting in with all of the above, I'm also joining the 100 Books in 2011 challenge (should be easy considering all the other ones). This one gets its own page, though... (see above in the tab bar).

Written by Unknown at 13:38 3 comments: Links to this post

Today's the day for the

Here's what Frankie said to do:

1) Sometime between now and Jan 2, 2011 write a post about the No Kiss Blogfest to let everyone know you are participating and that they should too. Why? Because it's awesome!

2) Sign up for No Kiss Blogfest by filling in the Mr. Linky below.  Because Mr. Linky is awesome.

3)Tweet about No Kiss Blogfest, using the hash tag: #nokissblogfest because #hashtagsareawesome

4) After you've recovered from New Years Eve, write a blog sharing your Almost Kiss, No Kiss Blogfest entry (either one from your WIP, one you just wrote, one from a book, movie or tv show)and post on January 2, 2011!!!


Sorry my entry is a bit late (but it's still the 2nd!!), I drove home today from a friend's house and got stuck in the traffic jam FROM HELL. 2 1/2 hours for a 1-hour journey.

Here's my entry. I'm not going to tell you about it - I want you to read it with an open mind and then tell me what impression you got. ; )

Mary rubbed her hands over her tired face, wiping away the tears that escaped her eyes. They'd done it again, just as they had so many times before. They'd sent her away with some transparent excuse of an errand he'd ordered.

He would never have sent her away, and she could not believe He knew what his so-called disciples were up to.

Like children, she thought, they were jealous of the time he gave her, a mere woman. A widow, yes, and thus permitted into their company without great danger to her reputation, but a woman still.

Not worthy of the secret teachings.

"Mary," a voice called from somewhere behind her, deep and smooth. She smiled, lips parting in a broad grin almost in spite of herself. She stopped and turned, hands bunching in the fabric of her dress. He'd come to speak to her.

"Mary, why are you not with the others?" he asked, laying a soft hand on her shoulder. "Come, we must go to them. They are waiting on us."

She could see it in his eyes. He knew what they did behind his back. How could he not? He would not be who - what - he was, and not know.

"I am here," Mary said, the very thought of tears gone from her mind. "I am always here for you, and always will be."

His hand tightened on her shoulder, his fingers moving, almost caressing her. "Don't let it touch you, what they think, what they say," he whispered, his face very close to hers.

She felt like she was drowning in his eyes, so full of love and knowlege and, she sometimes thought, pain. They were so close now his every breath caressed her face. Her gaze jumped down to his full lips and back to his eyes. She'd dreamed about him kissing her, and woken up with a pounding heart and a guilty mind. He was not hers to touch, though perhaps he'd welcome it, perhaps he needed it.

Now he was so close, so very close, the warmth of his body seeping across the scant space between them, warming her very heart. He smiled, then, and just barely shook his head.

"Come, Mary, we must return or they will search for us."

So there, almost a kiss...but not. Now tell me what you think and then off with you to read the other entries HERE.

Every First Wednesday of the month...
The Insecure Writers' Support Group
Thursdays... 10 Things Post
Sunday... Quote of the Week

Find me here, too!

So, how did you end up here?

First of all, let me say hello and welcome to Tessa's Blurb. I don't know how you ended up here on my blog, but I'm glad you did... hope you like it.
I'd like to be a writer.
I'd like to think I'm a writer.
Maybe I will be.
I hope.
So here I go, practicing my writing, commenting on my life, and hoping you find it (remotely) interesting.
Join me on my journey towards writer-dom.
And all the tempting side-tracks, too.
Tessa.xxx
PLEASE NOTE: I'm an Amazon Assosciate. If you click on the amazon links on this blog, you might be earning me money..

So many people have been here before...